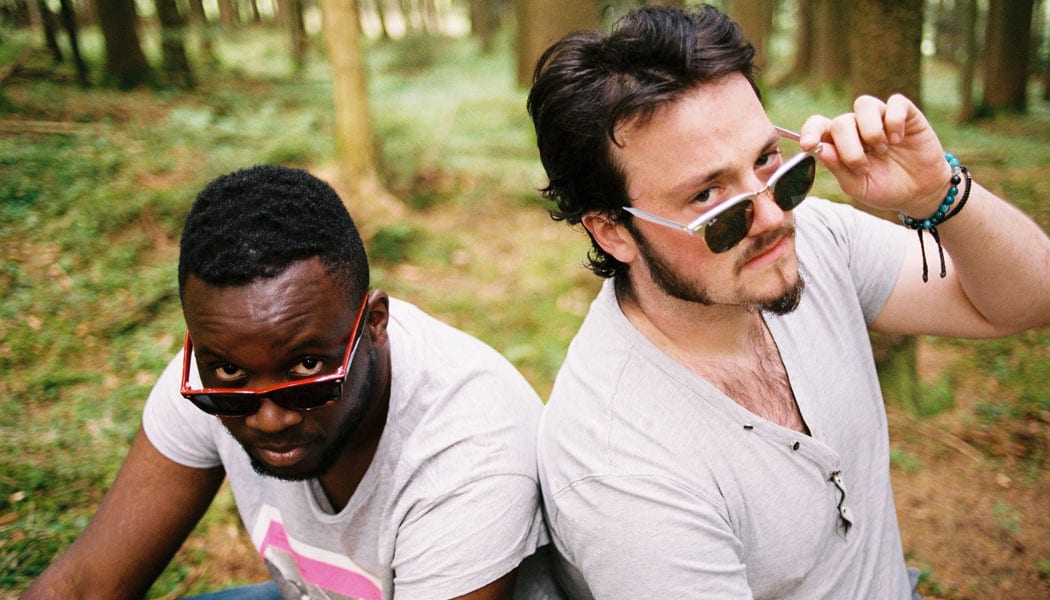 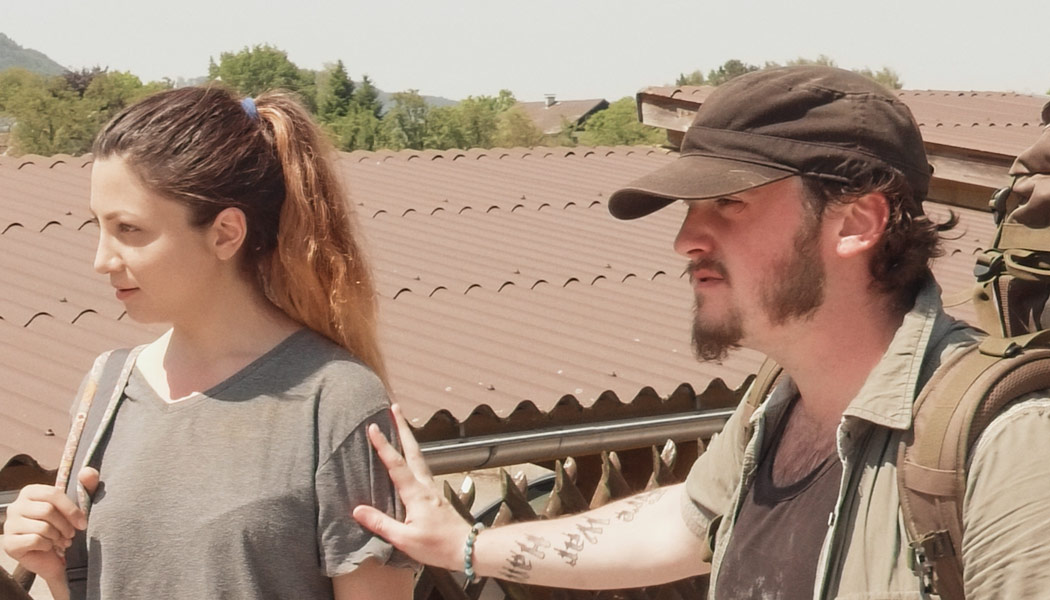 pressplay: How did you come to be a part of the Lenzinale?

The association „La toile Blanche“ we worked for offered an equivalent project as Lenzinale, they made a movie about Paris Cultural Property and it helped young people to learn how to make a movie and helped them to find a school or a work in this fields after a month of workshop. The Festival of Nations chose a mockumentary of our association and asked to propose young motivated worker for their Lenzinale. We said „Yes“ immediatley, without a doubt. To have the chance to make a movie in Austria is a real great opportunity for us.

Did you know about the Festival of Nations before you came here?

Not really, we only found out some informations about the festival when we were preparing for our trip here. 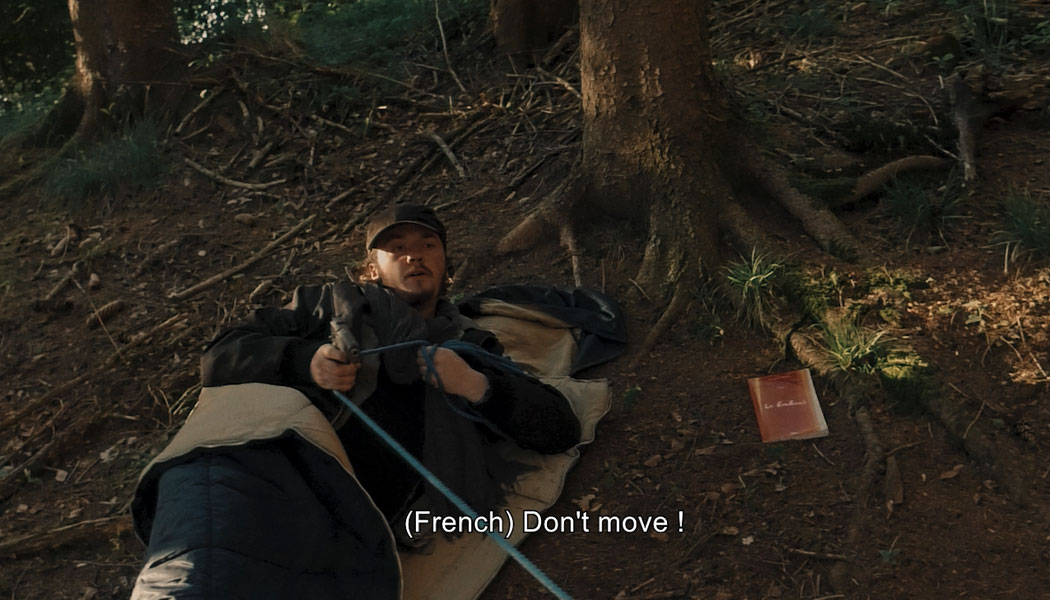 How did you get the idea for your movie Brioche, Fisch and Lavashak?

I always wanted to make a social Science Fiction-Film and i took the chance to do it in austria with this large natural view to produce the particular atmosphere. I’m also interested in the topic of the human condition and how people make prisoners of themselves, mentally, physically or otherwise. I think that communication issues and missunderstandings are a part of this kind of universe and are truly problematic. How can we trust each other in a situation like this? When we are not capable of understanding each other without language? And as a french guy in austria, where people on the set spoke german and german dialect, english and farsy, I was in that situation myself, so it was a pretty good starting point for the movie (laughs).

What are the challenges, when you make a post-apocalyptic movie with pretty much no budget at all?

First of all, directing people in english (laughs). We never had to do that before, we had two actors talking in different languagues, that we don’t even know. The biggest challenge was to set a good working environment. In a real production, we are supposed to have places for the set, props, FX makeup, stage set and such. But in our case we had to deal with the means at our disposal. Everything was based on the frame composition, to highlight the abandoned and despaired side of our movie and the world the story takes place in. We didn’t had much time and beside Kevin and me as directors, and our friend Anthonin Robineau as DOP we only had two assistants to help us prepare everything. The week of shooting the movie was a real challenge from the beginning to the end, and to add fuel to the fire, the three Lenzinale professionals, that were in charge to give us some advice, came up every day to tell us to give it all up, because our project was to big for us. As you can see we never gave up (laughs). 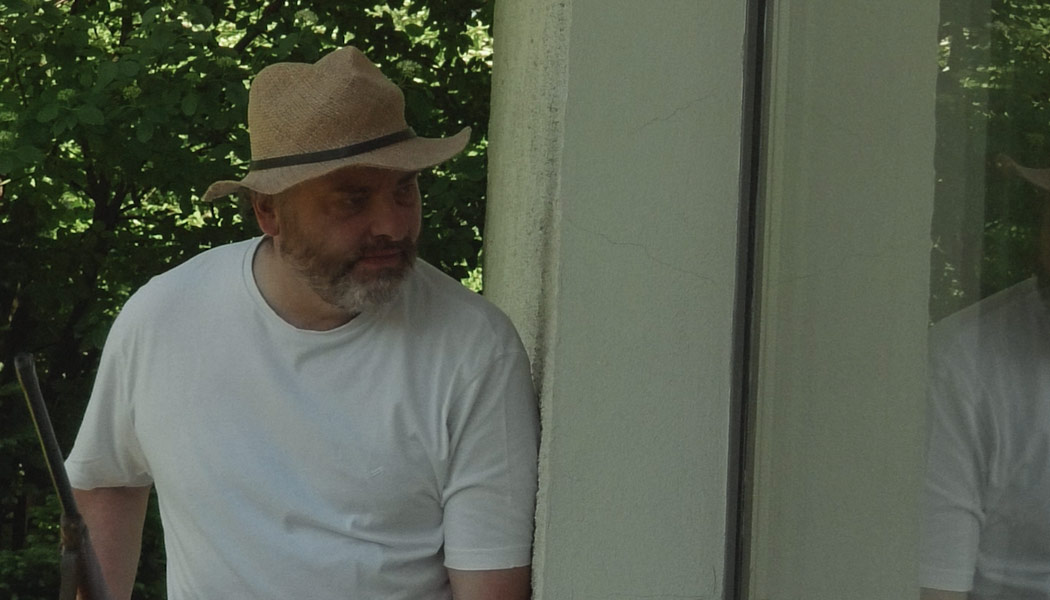 There are three different characters in your movie and they all speak a different language. How do you direct actors, when you don’t speak their language?

Directing our actors was simply based on trust. Let’s take our iranian actress: we explained her what she was supposed to say and which emotions to show and then we could only hope, that she doesn’t got it wrong for the dialogues, because we didn’t had any way on checking whether she was saying the right or wrong things. The most important part were the emotions that emanated from her acting despite the language barriers. Actually we found out, that the sound of a voice, the facial expression and the emotions are things that are understandable in any language whatsoever. That’s how we managed to check her job. Directing the austrian actor was actually the hardest part. Because he couldn’t speak a single word in english, therefore we constantly had to ask for an assistant to translate. But he was able to provide some acting propositions that eased and quickened the work with him.

What would you like to do as a filmmaker? What kind of movies?

We are kind of jack of all trades, so we like to experiment as much as we can, but truth is, we are fond of complex, dark, and dramatic stories such as Na Hong-jin’s thrillers or sci-fi movies like District 9 or Children of Men, which are about the human condition. 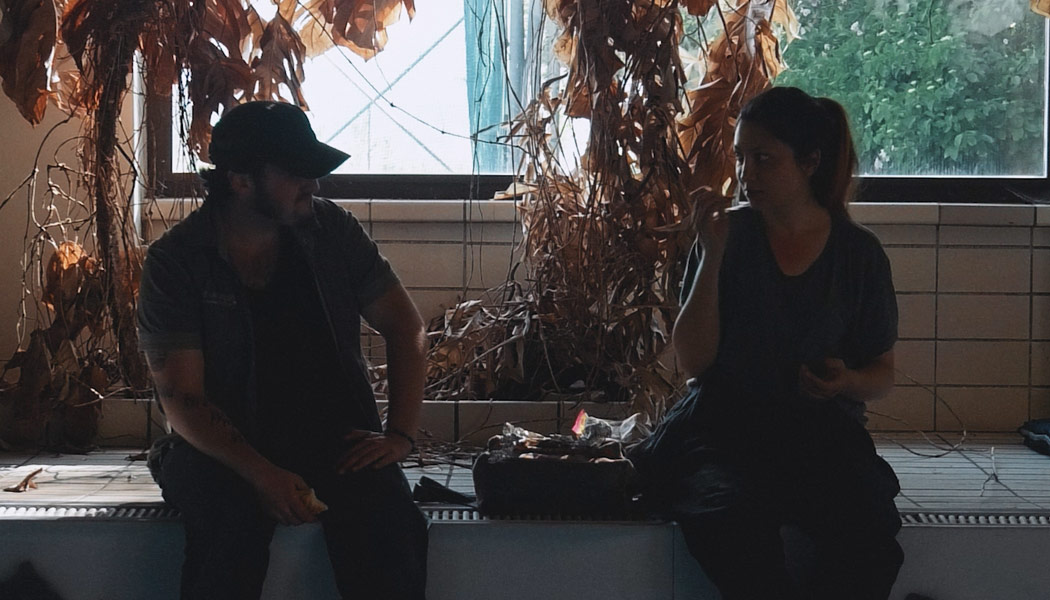 Do you have any future projects you want to tell us about?

Back in Paris we’re gonna reedit our movie with professionals this time (laughs) and send it to as much international festivals as we can. Kevin is going to make a webseries about the hacking world, he wants it to be dark and experimental and reminiscencing of Clouzot’s movies. As for me I’m gonna focus on a screenplay that I’ve been working on for over a year and try to find a producer who’s gonna help me to realise this project. It’s a psycho thriller about an innocent man haunted by a psychotic stalker. I want to take on something very dark and also deals with a kind of weird love relationship at the same time.

Thank you very much for the interview.