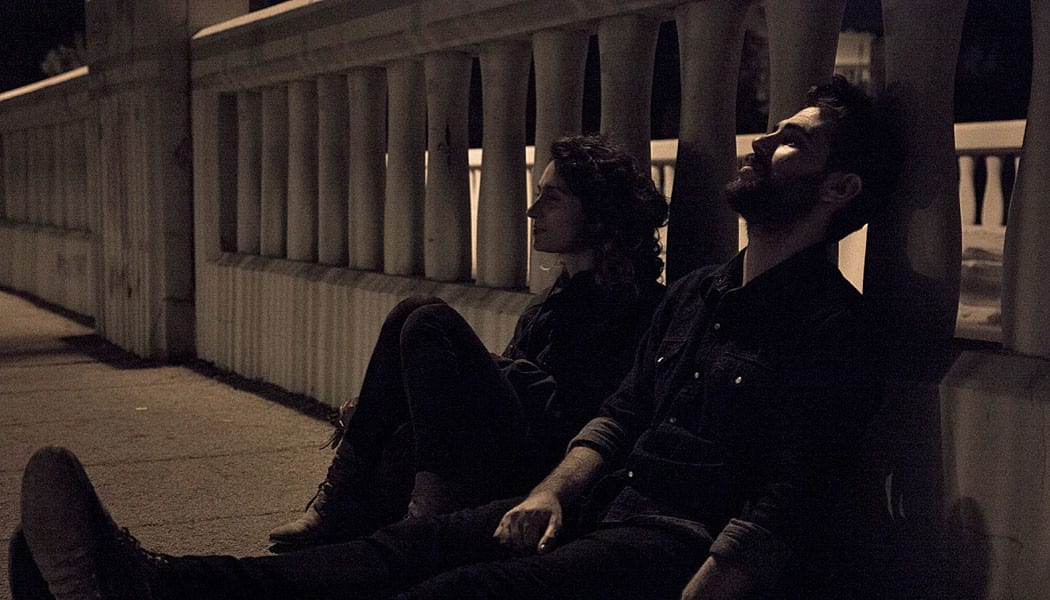 I ended up by a mistake. Cause I didn’t had any connection to films or any knowledge of this world. It wasn’t part of my life, when I grew up. I actually wanted to study psychology. I went to sign up and on my way back I saw students shooting something on the street. I asked a friend of mine that was with me in the car and he told me, they studied cinema. And I felt strange, because I didn’t even know what you study in cinema. So I went back home and read about it and had strong feelings for it. I signed up for it as well. Then I was away for three month in Africa and I thought I will decide over there what I will study, but I couldn’t decide. So I said to myself, whoever calls me first and says I’m accepted, I’ll take. So they called me from filmschool and this is how it started. It was really difficult in the beginning, because all the other students knew a lot about filmmaking and film history and I didn’t knew anything. I remember my first film, a simple three-shot, it was an exercise and my professor stopped the film in front of the class and said: “I stopped the film because I want to show you how you don’t do cinema.” My first exercise in front of everybody (laughs). 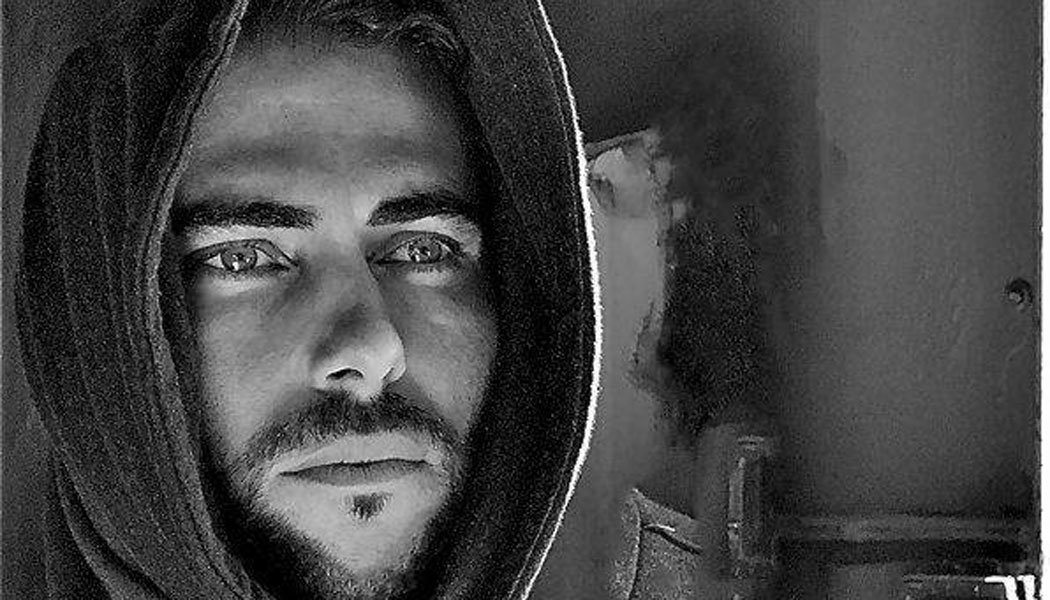 But I think it’s important to make mistakes in order to learn from them.

Yes, you see, but back then I didn’t know how to accept mistakes. Cause I remember it as a difficult moment. Now I think it made me feel different, because it was some sort of changing point for me.

And at that point you were hooked to cinema?

It happened with time, but after a while it’s becoming a part of you, it doesn’t leave you anymore.

Was Ten Buildings Away your first fictional movie? You mentioned that you also made Documentaries.

Yes, I did a few short films and then two other short films, that were shown on Festivals as well. And then I made Ten Buildings Away and a Documentary film.

Your short movie is a very personal movie. Was there a moment during writing the screenplay or shooting the movie, where it was hard for you to go back to those memories?

I think the beginning of the process … even before the beginning, actually. The way you think about those memories and feelings. Deep inside you know you were going to make a film about it, but then the actual moment when I decided to do it, this was probably the hardest time. Over a year I thought about doing it, but then I wrote the script in three days, I had all those feelings about it. And at that moment you go farther and farther away from your personal story and turn it into a fictitious story. 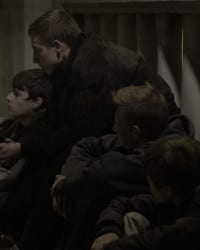 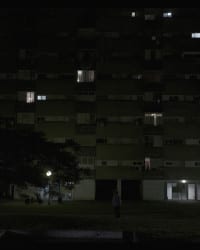 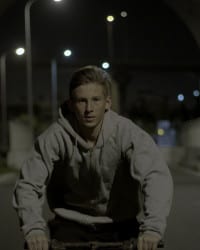 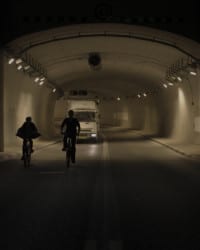 How does your creative process start? Do you have a picture in your mind or characters or a story?

I think the storytelling is not so important for me. It’s not my passion to tell a story. For me it starts from your observations of life. You listen to your surroundings and the pain of people around you. And you try to feel for every small bit of it. Nothing is hidden. When I start I always see an image. But it’s more about the feeling and the specific atmosphere you get connected to, than an actual story. I don’t want to teach the audience anything with my films. I just want to show people how I see this place we are living in. I think that’s also the beauty of cinema, because it can be very open to how people can or cannot connect to it. Andrei Tarkovsky once said “The aim of art is to prepare a person for death, to plough and harrow his soul, rendering it capable of turning to good. … The absolute is only attainable through faith and in the creative act. … faith. And the more hopeless the world in the artist’s version, the more clearly perhaps must we see the ideal that stands in opposition …”

How is the movie business in Israel? Was it easy for you to work in the business or is there a lot of restriction from production companies or the government?

I think lately the right wing got stronger and you get the sense, that you can’t say everything. But mostly I believe you can, I just have this feeling, that there are some people in Israel, like of course our Minister of Culture, that have really terrible perspectives about life. I hadn’t experienced any real restrictions yet, but you feel the atmosphere changed.

Is there an aspect about filmmaking that scares you? Like first day of shooting, meeting the actors or sitting in the editing room?

I think the thing that scares me the most is the emptiness after you finished a film. You make a film and people feel and talk about it, it is out there for everyone to see. Of course you get a lot of confidence out of it, but then it starts to slowly fade away, the confidence, your hope. Suddenly there is a void and emptiness and you start to forget.

Do you prefer to work with the same people?

Yes. It’s like my family. I always work with the same Director of Photography, with the same editor, the same sound designer and I also want to work with them on my first feature film. When you find the right people you should keep them very close. 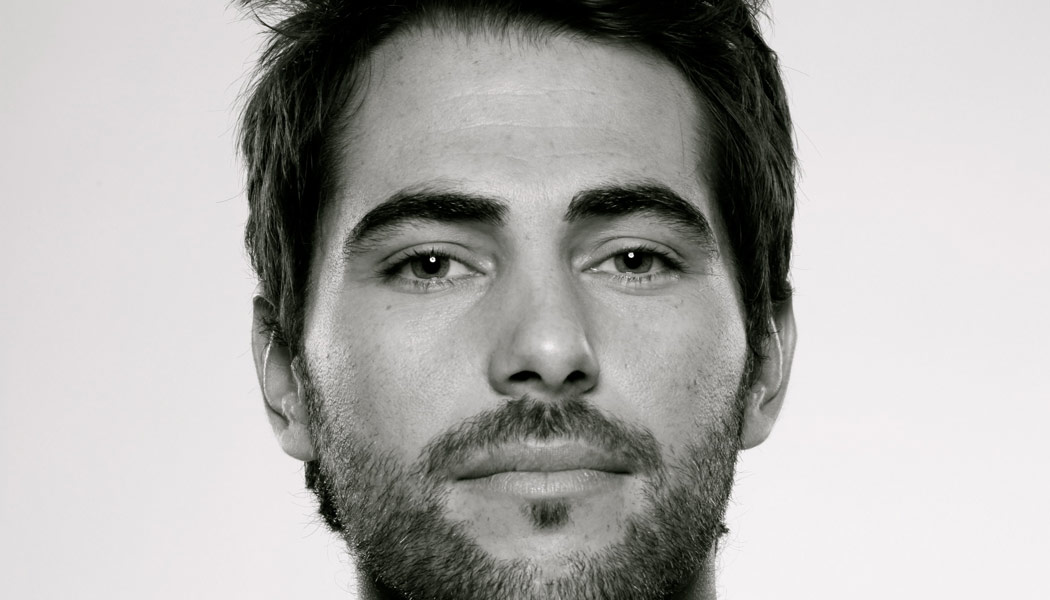 In Ten Buildings Away you leave a lot to the imagination of the audience. Is it part of your style or was it just with this movie?

Last year your movie was shown in Cannes, this year you are at the Festival of Nations, two completely different worlds, I guess. How do these two festivals compare to each other?

I was part of „cinéfondation“, the Student program, where my film was in competition, so it was a very safe and secure surrounding, but outside you saw how small you really are, amidst all this madness of the movie business over there. And here you have a really intimate connection to all the people and the audience. And this place, it’s really different and special to be at a festival. It also shows the beauty of cinema, because here you have all these people from all over the world, who sit from ten in the morning till eleven in the evening in the cinema and watch one movie after the other, day after day. It’s a festival that is truly created for people with passion for cinema.

Speaking of passion for cinema, what are your future projects?

Right now I’m writing my first feature film. With that film I want to ask if we can „save“ those who are the closest to us. Those who are related to us, in flesh and blood. How much can you sacrifice for that same blood, that same flesh?

Thank you for the interview.