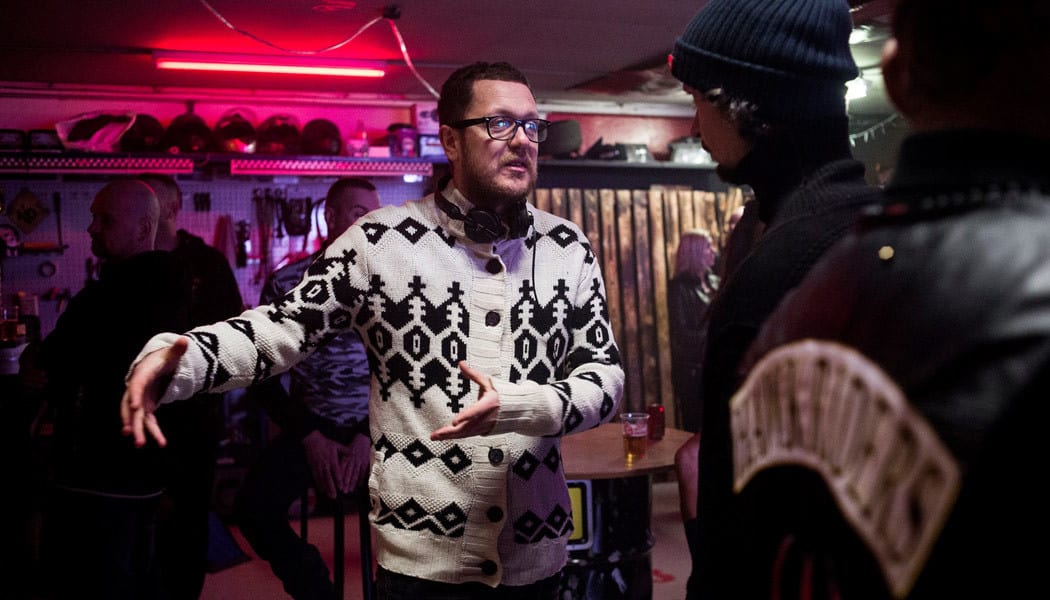 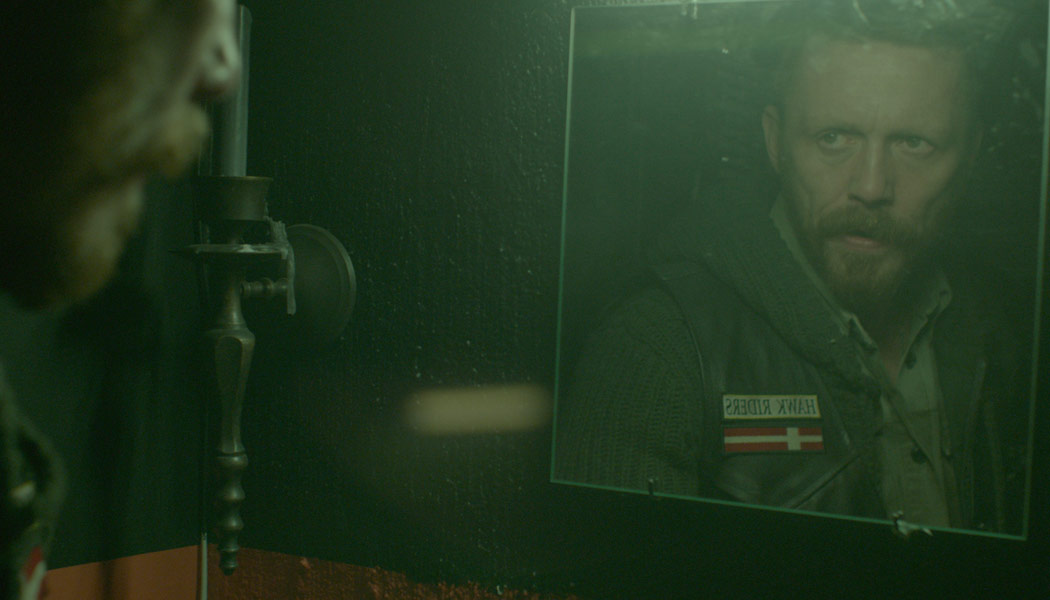 How did you get the idea for your movie Riders?

To be honest I got the idea to Riders after being rejected from the national film school of Denmark. I wanted to prove that they made a wrong decision by not accepting me. Actually to begin with I wanted to tell a story about someone breaking out from a community and put it on the edge in a dangerous environment. In my research making Riders I found out, that escaping a biker club can be deadly. Therefore I decided to let the story take place in a biker club. I tried not to make a stereotype portrait of Bikers but intended to make a film about the little boys behind the big muscles and big tattoos. To show the human side of this dark and dangerous environment.

Do you or did you have any ties to a Biker-Club? How did you get all the informations you needed in order to make your movie? Because as far as I know, Biker-Clubs are a pretty close and closed Community, when it comes to outsiders and trusting strangers.

You’re right it is a very closed community. It also took me a long time to get inside the inner circle. But I was lucky to meet a former member of the biker club Banditos. He told me all about the environment and about how difficult it is to leave a biker club if you breake the rules. You can risk losing your life. I was also invited into a danish prison, to meet the people I wanted to portray and to experience how it is to be locked up inside a prison cell. A very frightening visit, but it was important for me in terms of making the film as realistic as possible. I grew up in a little town with a local biker club and fortunately they invited me inside, so I could meet them and see how a real biker club looked from the inside. So the interior of the club and the people I met gave me a lot of great inspiration to the film. Some of the people I met during my research were very paranoid, but to my surprise many of the people were very helpful and honest to tell me their personal Story. 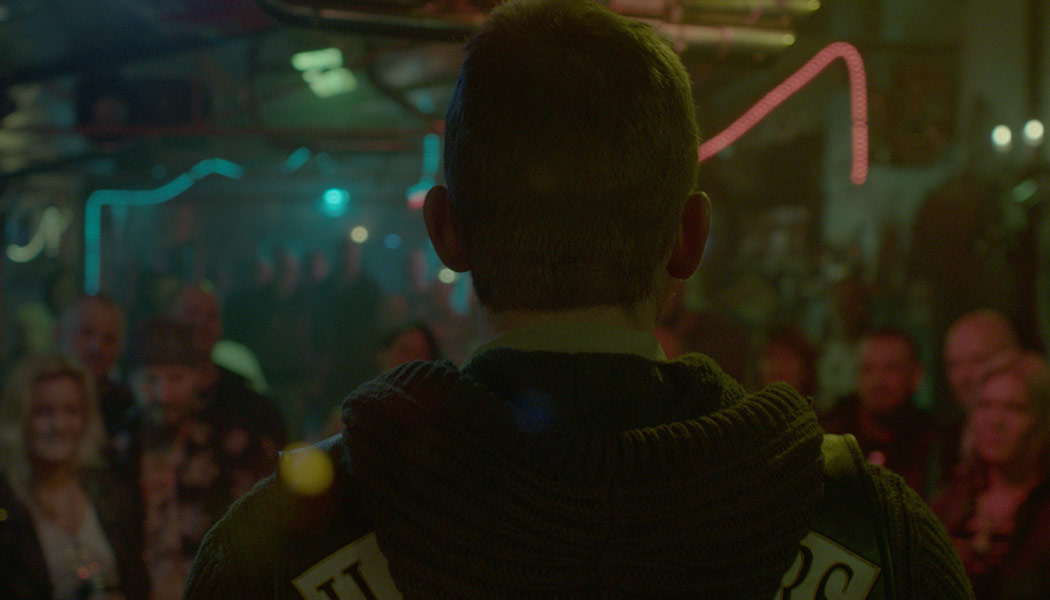 I thought the storyline of Riders was pretty similar to American History X. But although the plot was rather conventional, you had strong characters and therefore the audience could really invest emotionally in your movie. So, the (all important) question: what comes first? Characters or Story?

That is a good question. I do like American History X and it also inspired me to this film. But I tried not to see other films related to Riders because I was afraid it would affect me in a negative way and it would make me forget about which story I wanted to tell. I wanted to create my own voice and universe. But to answer your question about what comes first, characters or the story? In this film the story came first. I once had a dream about a biker coming out from prison and kidnapped right after his release. I told my scriptwriter Rune Lünell about that dream and that is actually how the idea for Riders came up.

You said, that the end of Riders was written and shot with another ending than the final one. What’s the difference? Why couldn’t you use your ending? And: isn’t it frustrating for you, as the maker of the movie, when you can’t use your preferred ending?

It is not quite true. We actually wrote a hopeful ending, but when were editing the film, I thought a darker ending would fit the story better. It was working great and very powerful, but it was very, very dark. It’s true that the people supporting the movie liked the hopeful ending better. But in the end it was my decision which ending we would take, no one else made that decision for me. I have made a very dark story so I wanted to leave the audience with a little bit of hope. After my point of view, it is not a happy ending where they are riding into the sunset. They will keep living a life of danger and of fear of being killed. But maybe one day I will make an alternative ending. Who knows (laughs). 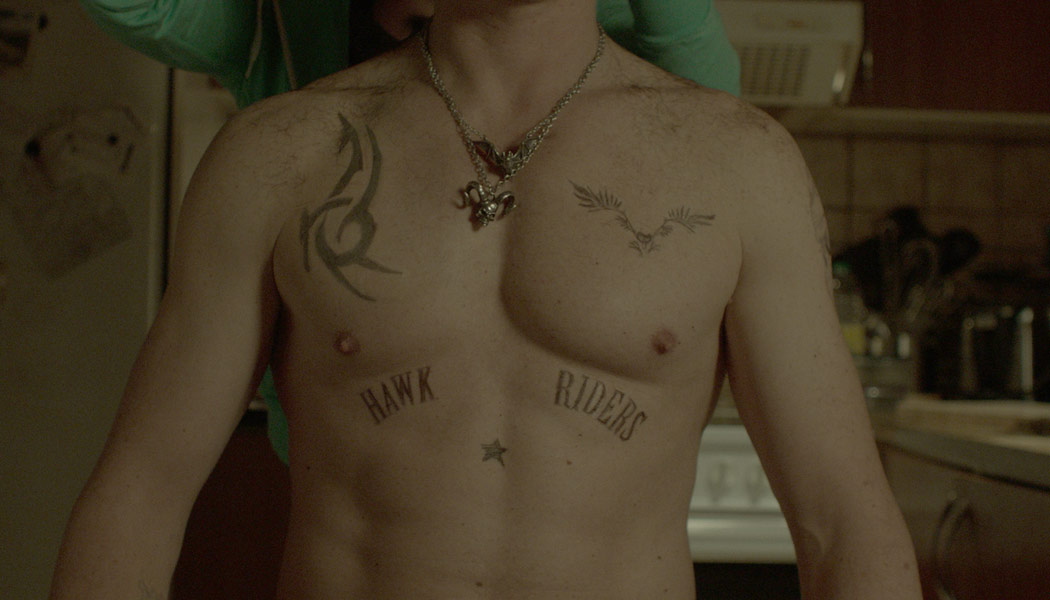 I think Riders has a lot of potential to become a feature film. Are there any plans on doing a long version of the movie?

I am happy you say that. It was actually my plan for a long time to make a feature film out of it, but after working on the short film for so many years I felt like I needed to do something completely else, far away from the biker environment. But maybe I will do it later. We have made a synopsis for the feature.

What would you like to do as a filmmaker? Are there certain genres, stories or characters you are interested in, that you would love to make a film about?

For me as a filmmaker it is important to make stories about people and environments I know a lot about. That is why most of my stories usually take place in the western of Denmark where I grew up. In the rural area of Denmark. Not many films from Denmark are taking place in this part of the Country, but I intend to change that. I am mostly into drama but I would like to master all Genres. 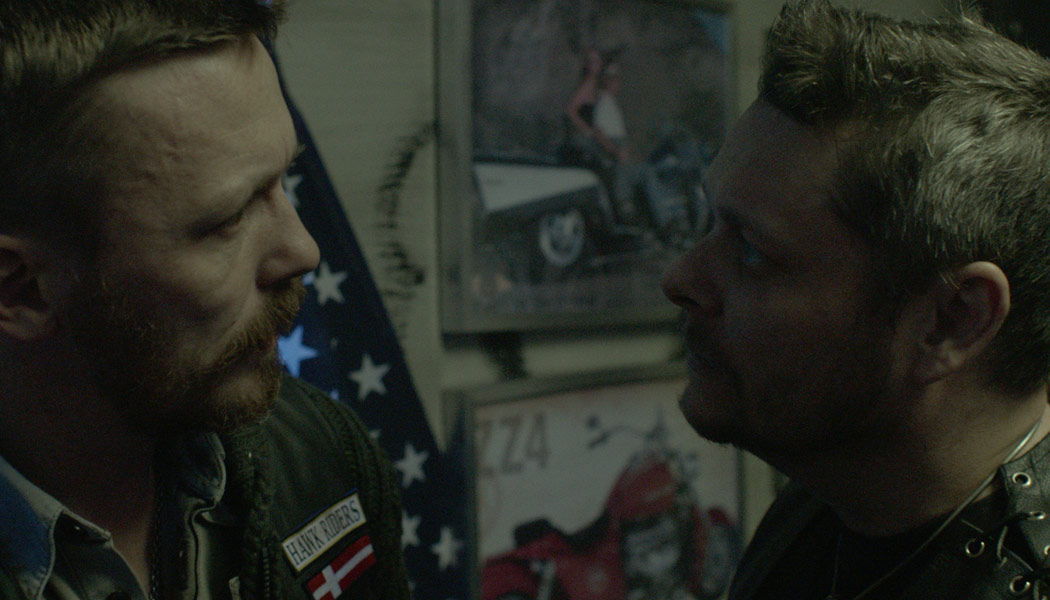 And, final question: Would you like to tell us something about any future projects?

I am currently developing and writing my debut feature film together with Rune Lünell, the screenwriter of Riders, and the company Hyaene Film from Copenhagen. It’s a film taking place in a football fan club community in my hometown Aarhus. Dealing with the passion for football and addiction to gambling.

Thank you very much for the interview.